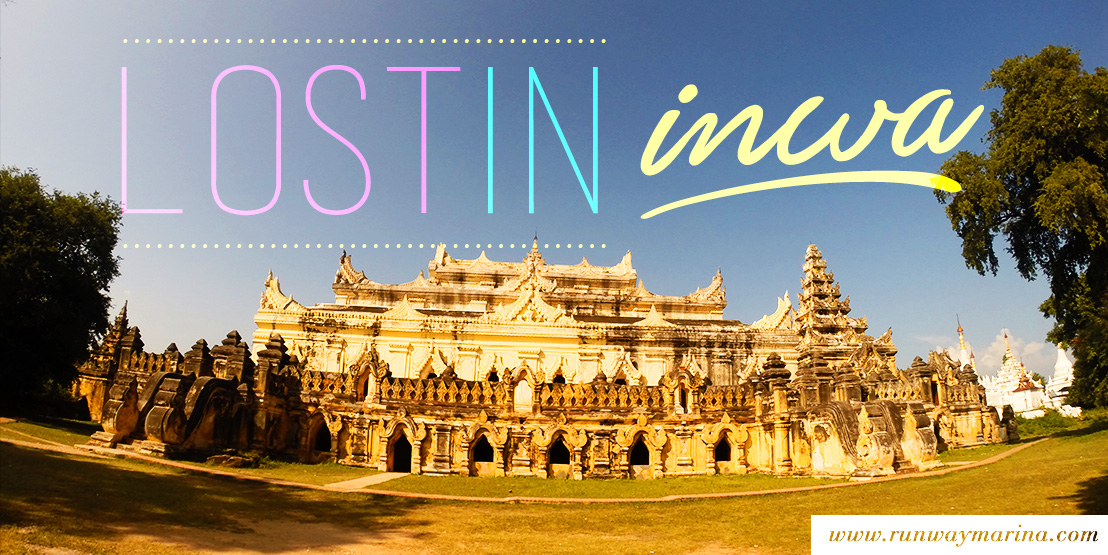 Back in 2015, the first time we set foot in Mandalay, we never knew how hard for us to travel by ourselves. As we just got excited about exploring the Thailand temples by motorcycle. We figure that we should do the same here in Myanmar. But man.. things were difficult to travel here. And we just notice that on our first day going around the city by walking as we wanted to try travel like a local. We recognise about Inwa once we researched about Mandalay kingdom (thank you hotel wifi). Turns out, Inwa was famous because of the Ava kingdom that was the highlight of Burmese history. And so we wanted so bad to take the tour around the area and finding these historical places by ourselves! As we remember that the manager hotel offered us to just book a car with a driver to make the trip to Inwa easier, but innocently we declined it (damn we were stupid!).

These things that you should consider when you are about to take the trip by yourself. First; Myanmar does not have any mobile internet access. As handphone were just begun to introduce to them. I remember that we were passing by the people that sold SIM card on the street and crowded were super awe with it. So, I guess goodbye to Google Maps as we realise that we won’t have any GPS to go around. Second; Burmese people were kinda new to tourism. It was a bit hard for us to find English speakers here, as much as we wanted to communicate to them and ask about direction. We were just lost by ourselves. And so, after we decided to rent a motorcycle (gear again yay!), we had a lost long journey stumbling many amazing places that we found out after the trip. 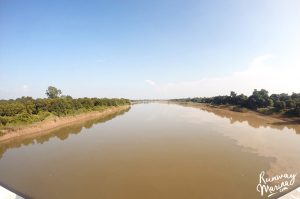 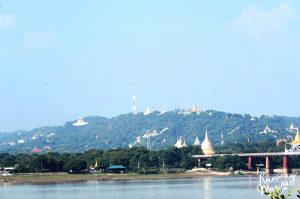 The good thing about motorcycling is that you can stop in any places you want. We stumbled into many beautiful views on the street and we just loved the scenery. We even got this cool view of Mandalay city from afar! The bad thing about this is that you have to keep track of the road and asked so many people whether we went to the right direction or not. Nonetheless, I thought that it was a fun trip with all those misunderstanding and misdirection. I wouldn’t do it in any other way. Just hoped that we would have known about it beforehand and prepare for more days in Mandalay!

The first stop once we reach Inwa was the red monastery that we just couldn’t stop wow-ing. The details of the monastery were superb! When we first came in, the place was quiet, no people (surprisingly) and it was just ours! 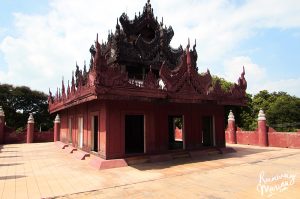 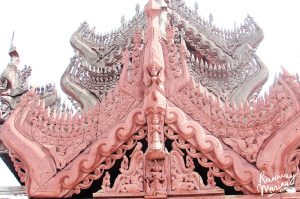 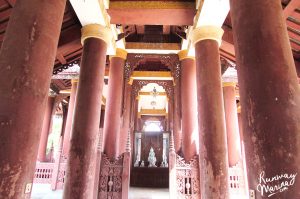 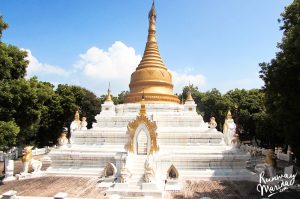 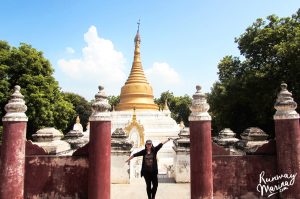 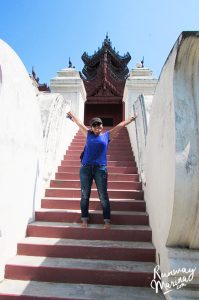 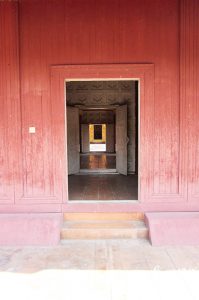 I know, I know… I really couldn’t find the name of this ruins. Tried it with google, found them and people just said that it was Inwa Ruins. We were just strolling on this big street and followed some cars that went through this road. We ended up on this small road with many pagodas on the street. a beautiful sight for a sore eye after all those dusty and trucks. We ended up finding this abandoned ruins that we thought was amazing. We even stumbled upon villagers on a meadow towards the ruins. 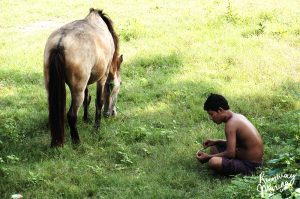 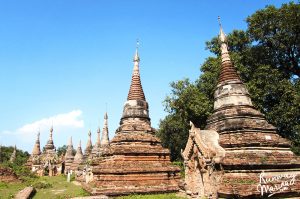 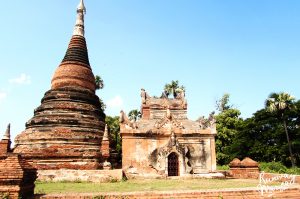 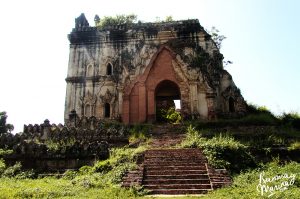 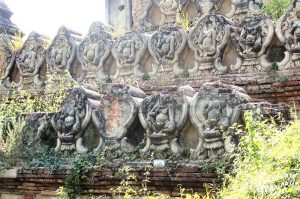 At last, after we got lost in so many roads, we found this monastery that was recommended from my apps. While other tourist came by horse cart or car, we came by dusty by motorcycle. Being tough Indonesian female travellers sure hard, eh? And so the monastery also sit by a modern pagoda for people to pray. As much as we love pagoda, we liked the old rocky dusty monastery here. Getting lost here is definitely a good choice! 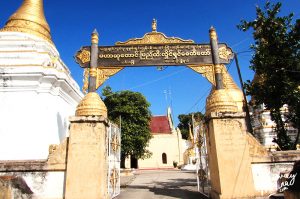 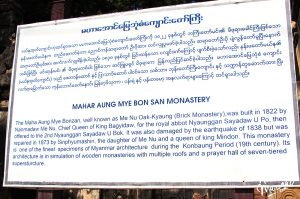 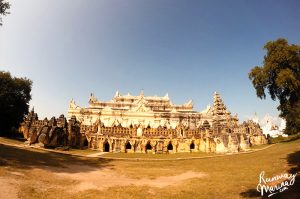 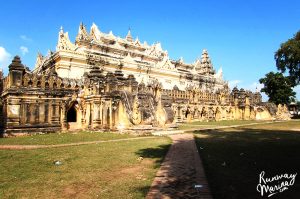 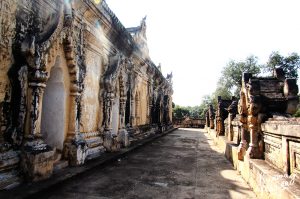 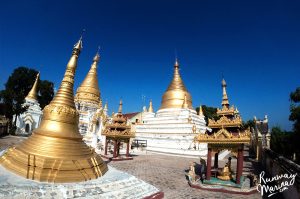 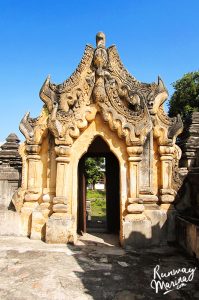 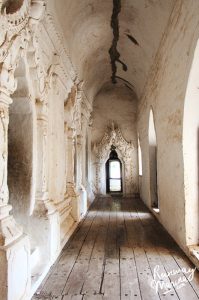 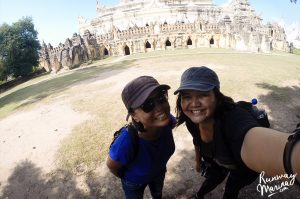 We finally closed up the day by visiting the longest teakwood bridge in Amarapura. The sunset was amazing and blended with the local people on the bridge were truly something! 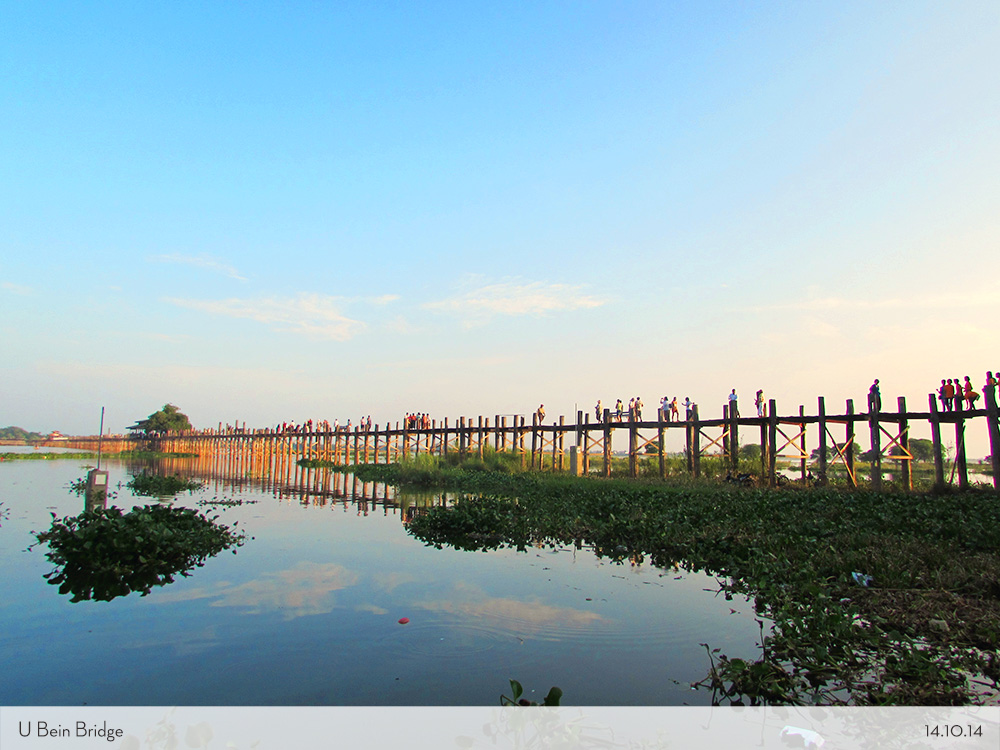 We had a great time spending the days in Mandalay afterwards. The kindness of the manager hotel where we stayed in even brought us to change our itinerary, as he invited us to check out the Inle Lake. Man.. it was a great decision as Inle Lake was the highlight of our trip to Myanmar!

How about you? Do you ever get lost somewhere on your trip? 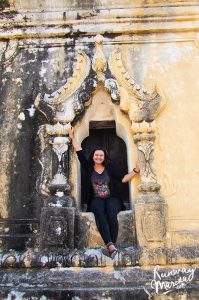 Wow! such a great article. Ive always wanted to go to Thailand. Those pictures you took makes me want to go even more.

Wow! These photos are amazing. Adding this to my travel bucket list.

Hahahaha.. but it was a nice experience despite of all the lost times!

bagus bangeeeet ! hats off to you mba 🙂

Amazing Mandalay..
it would be my next adventure, I hope.

:(( As it is not as touristy as other parts of South East Asia, i think Myanmar is an awesome place to visit. I was planning for a trip down in July but I just found out that I need a visa from my country. So i decided to head to Vietnam instead. Great post though, I will definitely visit Myanmar one day. Seems like an interesting place to explore.

It is a great place to travel! Recommended it!

Oh my gosh. Traveling by motorcycle around a city sounds so much fun! This is definitely going on my bucket list.