Finding Beach in Hoi An, Vietnam 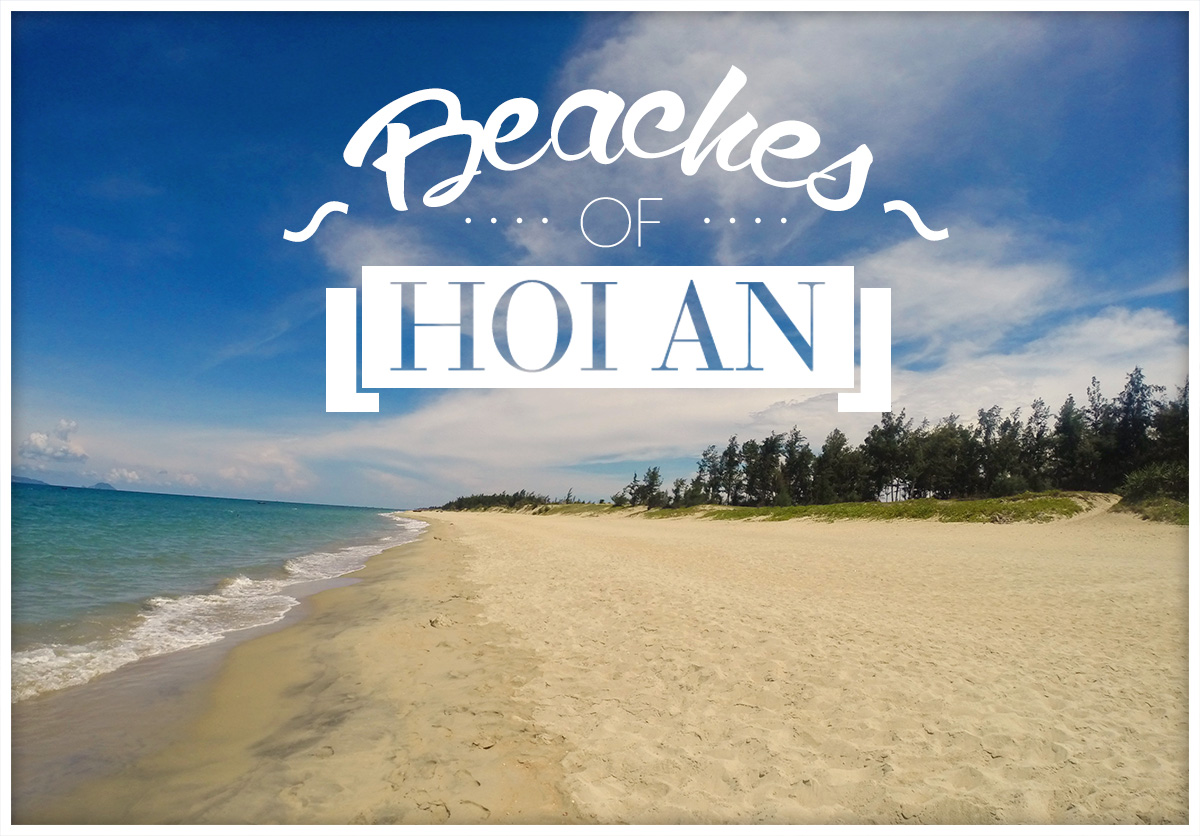 Hoi An, the beautiful little city that most traveller came for the lantern view at night and the museum of Vietnam cultures. I was so looking forward to coming to this city since the first time I read the guide book. Many travellers love the ambience of the city at night and made so many good references of visiting this place. But not many people know much about the beach in Hoi An that I think most people should know!

Don’t get me wrong, I love the night view here too! But I have to say, nothing soothes me better than the sea breeze!

After weeks of travelling in Vietnam, I have been missing beaches and the sun badly. So when I got into Hoi An and did my research, I was surprised that they have beaches! Little did travellers know that Hoi An holds amazing layover beaches.

Upon arrival in Hoi An with my travel buddy, Bee, we dropped our bags and started asking direction to the beach. There was one beach that was walkable near our guesthouse. The meaning “walkable” turns out to be one and a half hour by foot. Fun huh? I was already drenched with sweat when we got there, but it was worth!! 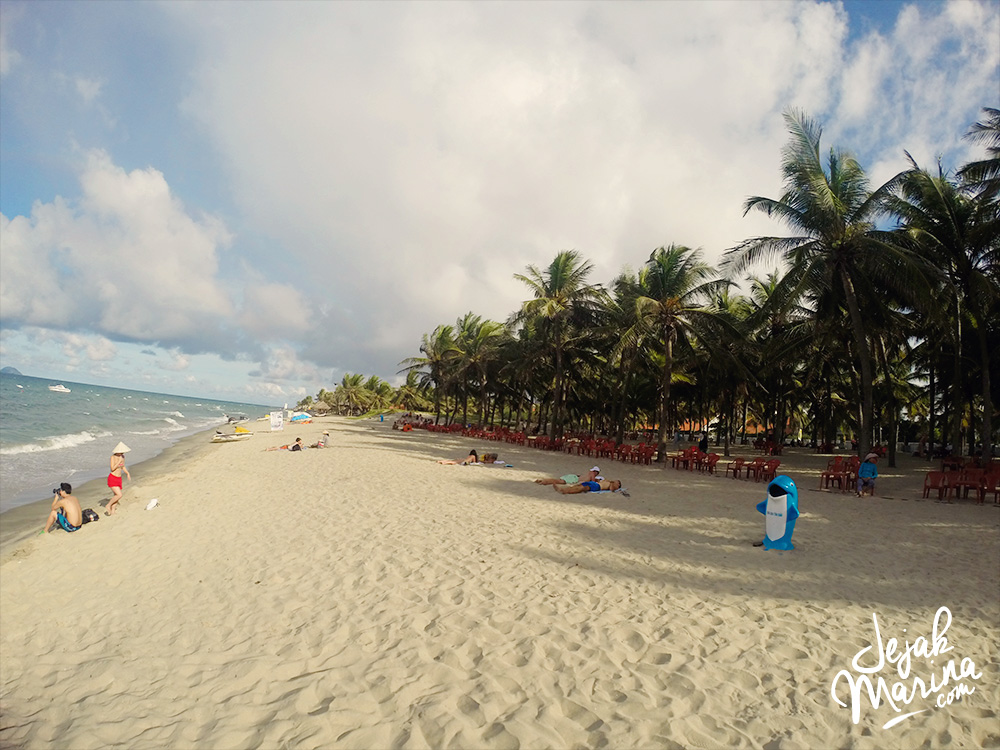 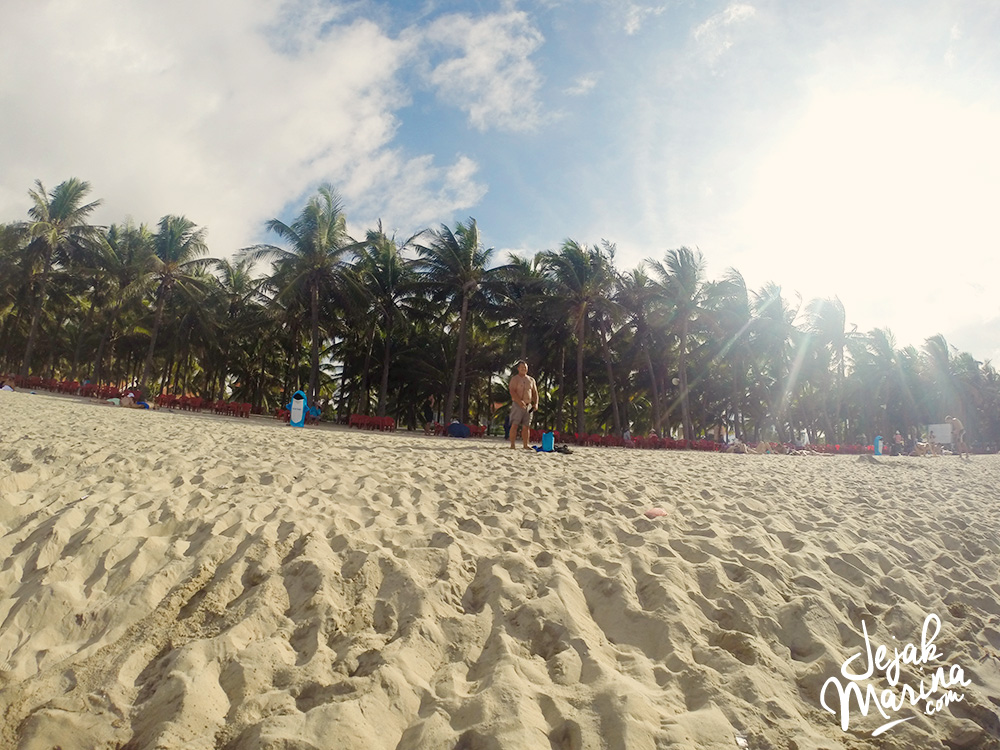 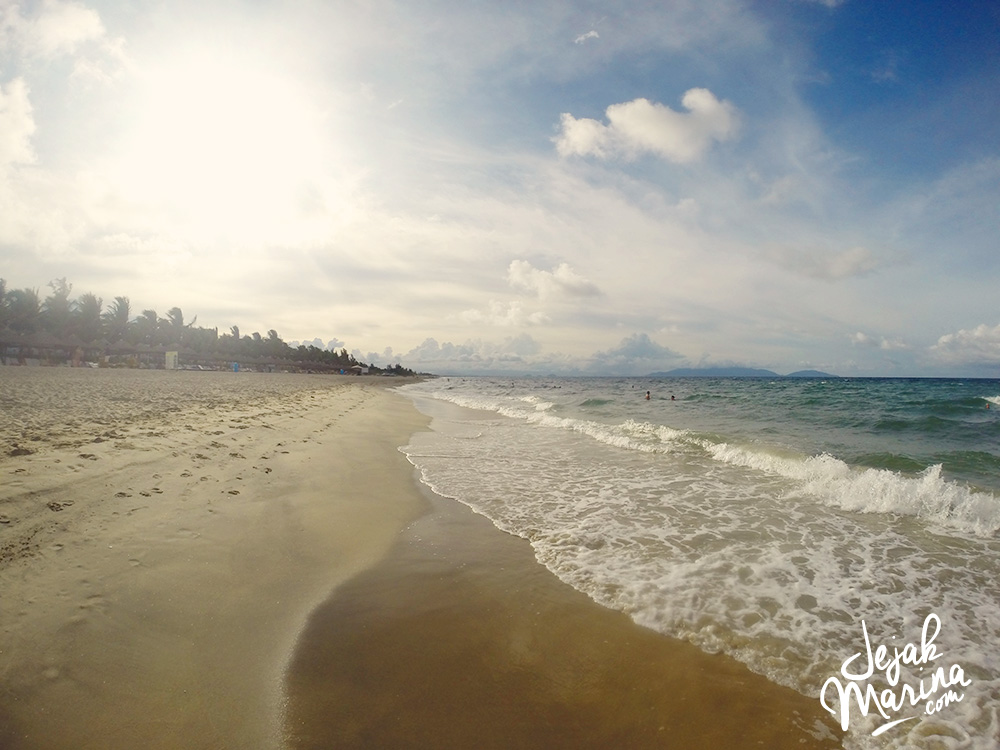 We spent the rest of the afternoon walking on the side of the beach before going back to the hostel walking down again for 2 hours. Oh boy!

I guess we learn from our mistakes and so the next day we decided to rent a scooter to go around the city. We were trying to find the other far away beach called A Bang beach. People said it is much better and has clearer water. How I miss scooter and getting lost! The place is quite far, so thank God we didn’t settle for the bicycle. 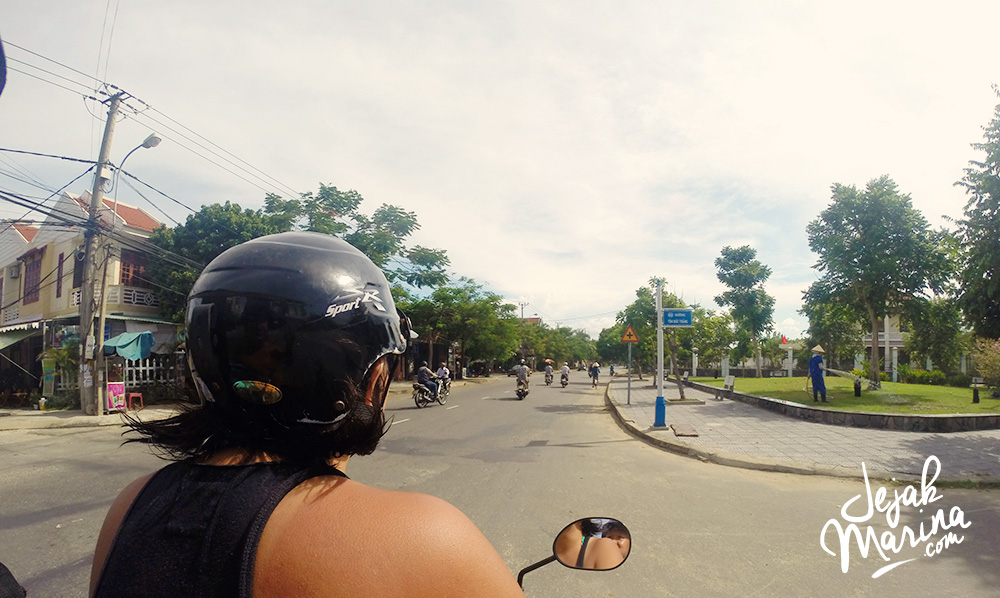 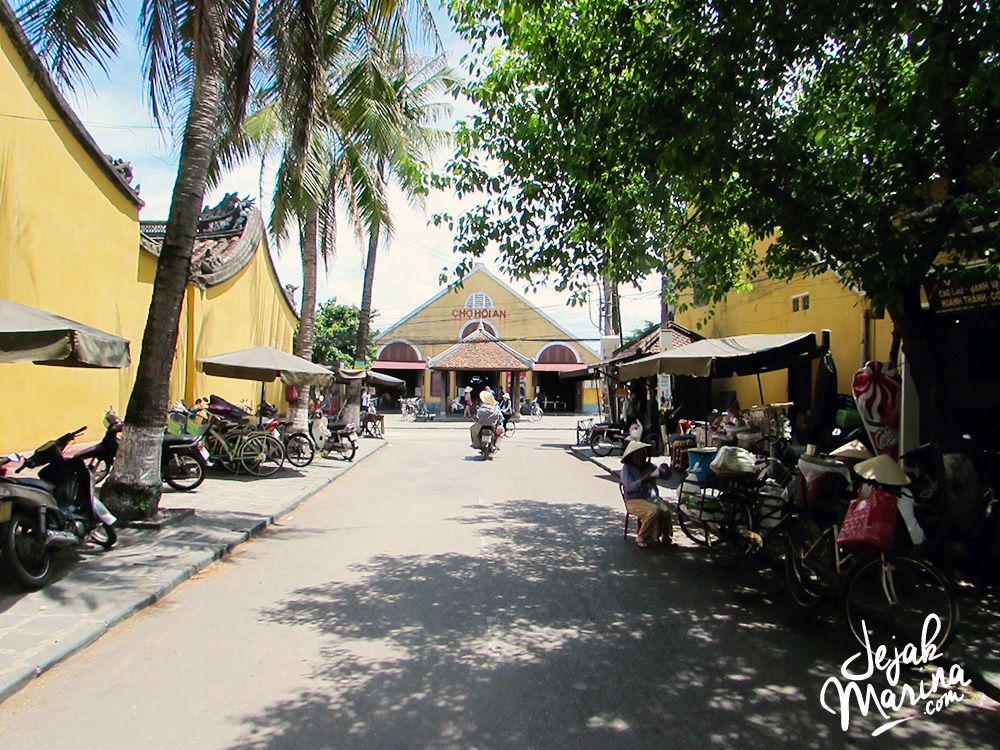 The view was much better than the first one, maybe because the distance was quite far from the city, so not many people came here. And the colour of the beach is my favourite! 🙂

I enjoyed floating in the sea and playing with the waves for a long time. As I know that I won’t see the beach again for a long time, so I took my time inhaling the moment. Lots of tourists just laying on their chair and hut, but we were playing water all the times. Ah well.. the beach belong to us that noon! 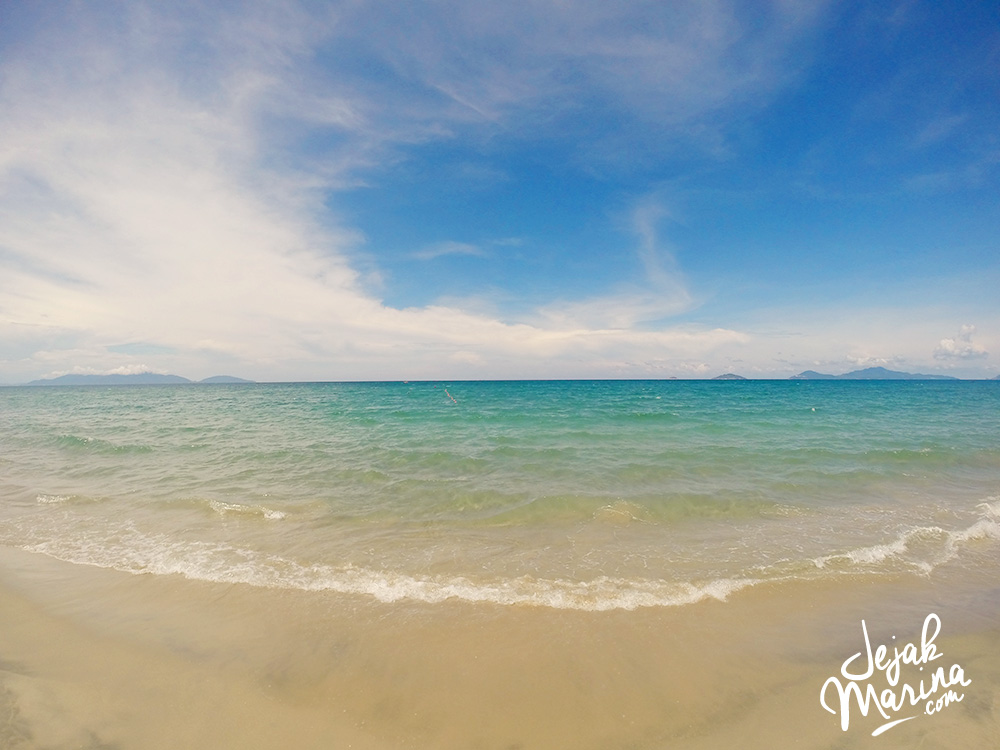 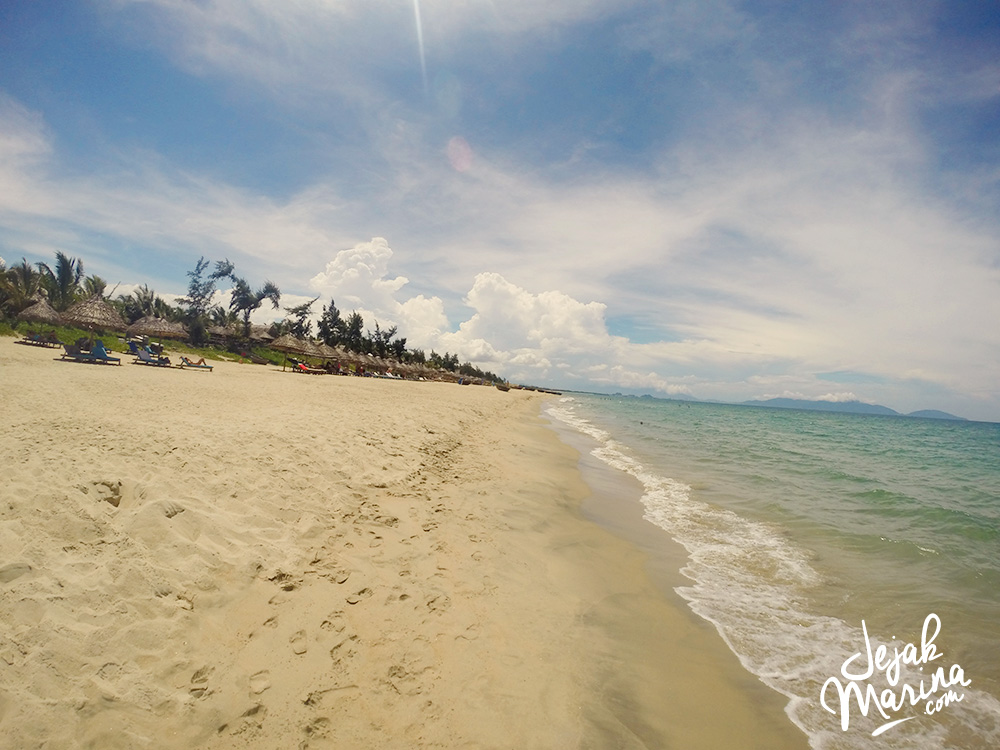 We made a lot of funny pics on the road, which made our journey full of entertainment.  It was our last pics together on our journey in Vietnam, as we have the different path to go on. So we seize the moment plenty of times for laughs! Ha! Thank you, Bee! 😀 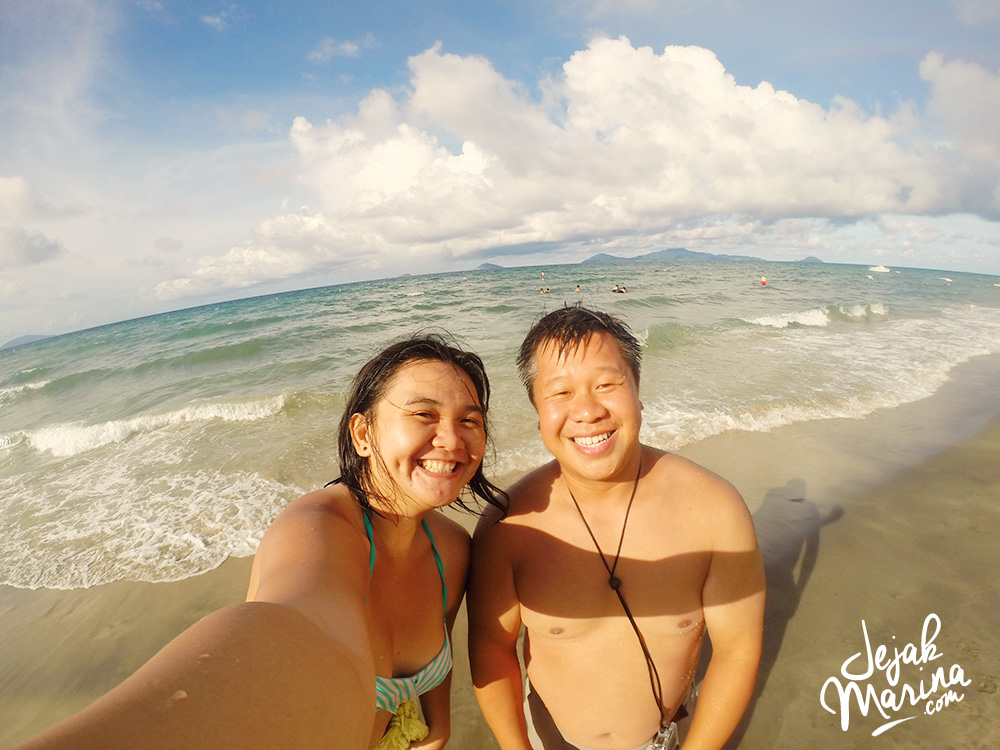 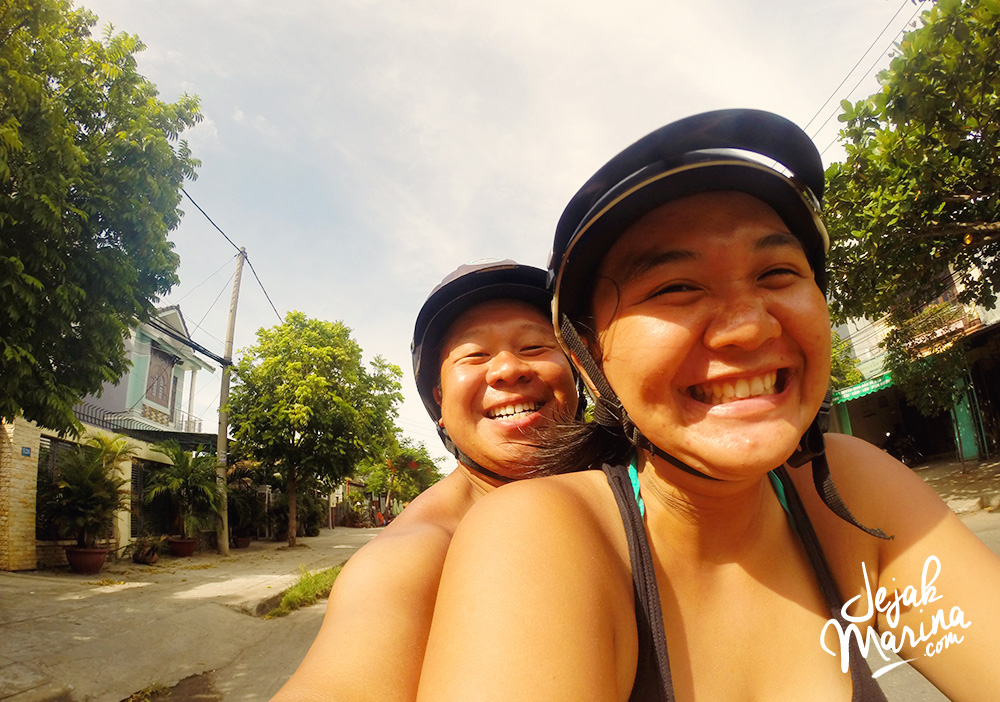 Hoi An not only held a beautiful tradition and historical building of Vietnam, but it also has the nature of Vietnam that most people are not looked at. Absolutely didn’t expect that the beaches were nice as it is.

So when you arrive in Hoi An, I really recommended the beaches here. Coming from the country with amazing beaches, I would have to say the beaches in Hoi An were beautiful. Long beaches, moist sands, and nice view. Just make sure you come at the right season and don’t forget to bring your bikinis! 😉

what a quite and lovely beach. You must have a really great time visiting this beach

Hi, is the end of February and beginning of March a good season for Hoi An? Thank you!

Hi Kata. Well dry season starts from March until Sept which I think is the best season to travel. Oct until Feb is rainy seasons and I think the beaches will be murky as well.. so best to go in March! Hope it helps 🙂