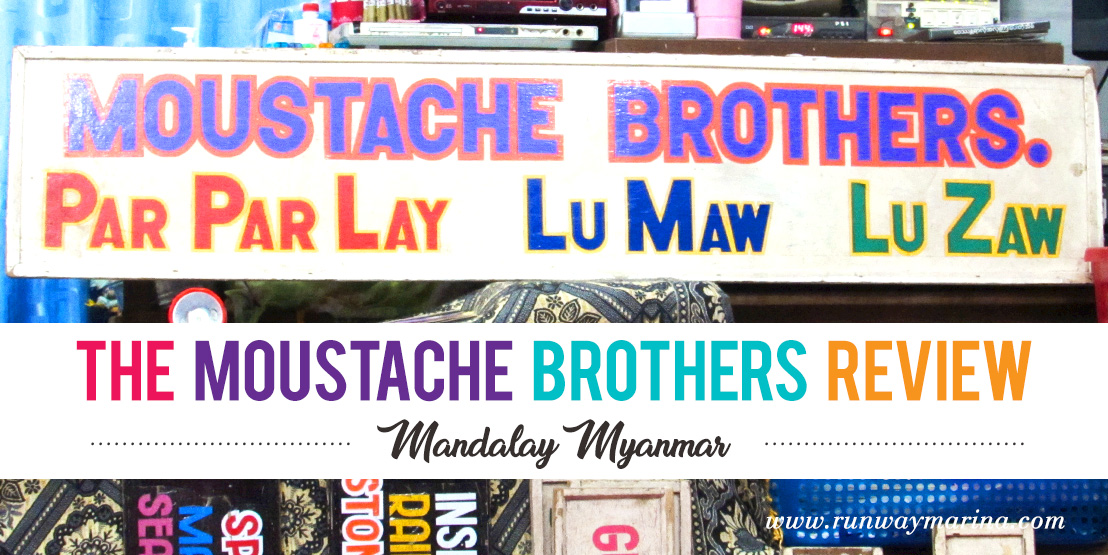 Mandalay was the first city that we set our foot in Myanmar. It was the first introduction of the Burmese traditions and cultures that were full of awe for us. It’s like seeing Indonesia back again in the 70s. The people wears a sarong, eats betel all the time, and their physical appearance looks like Indonesian so much. This impression made me feel that Burmese just like Indonesian. Friendly, nice and amazing people that worked hard to get through the day. We got to know the culture, even more, when we first acknowledge the existence of The Moustache Brothers show.

To be honest, I did not even know about its existence until I checked out my travel apps that recommend us to see the show. Arma was super excited as I recall one of the references mentioned that it was “satire performance against Myanmar government”. And so we went there totally blank after spending one whole day going around the city by walking. The show itself starts at 8.30 pm and we were already tired of getting lost and trying the Burmese street food on the road. 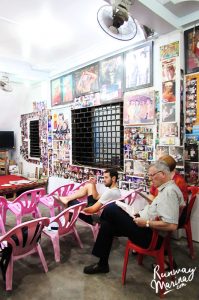 the simple homey performance of The Moustache Brothers 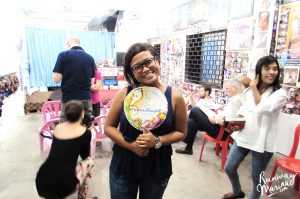 Arma is happy to see this show!

What is The Moustache Brothers?

The Moustache Brothers are a comedic group that was famous in the 1990s because of their jokes and rants against the Myanmar military government. Their performance even was brought into prisons because of their political satire mixed into classical Burmese theatre. The Moustache Brothers itself originally was founded by U Par Par Lay, U Lu Zaw, and U Lu Maw. Par Par Lay and Lu Maw were real life brothers, while the trio’s third member, Lu Zaw, is their cousin. They have spent almost 7 years in prison due to their civilisation of the Myanmar government. Sadly, Par Par Lay died on 2013 with many rumours behind his death. After that, Lu Maw continued to run the performance along with Lu Zaw and it has become a famous classical Burmese must-see theatre in Mandalay. 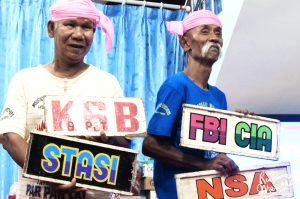 We also got the chance to even talked with Lu Maw’s daughter and his grandchild who will even perform on the stage. She expressed that she wanted to continue her father show and follow his path. It was such a nice glimpse to see that The Moustache Brothers won’t die near the future. 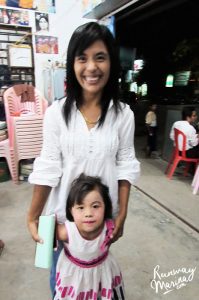 What can we watch?

Oh, plenty. Expect Lu Maw to keep their jokes style on the stage with satire political comments, it was not only for the Myanmar government but also other intrigued rumoured countries. They also introduced us their puppet show that I thought had some resemblance with Wayang Indonesia. It was a nice combination with Burmese traditional song, dances and theatre with stunning outfit and mask!

I will let the picture shows you how amazing it was! 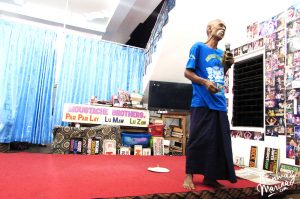 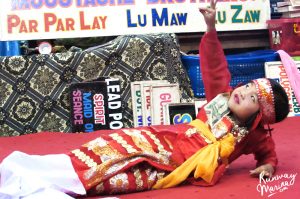 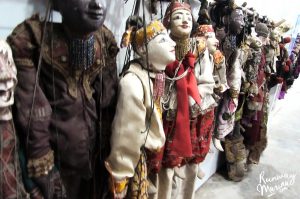 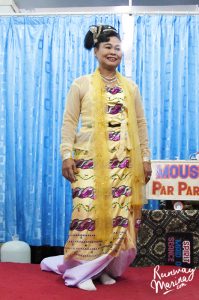 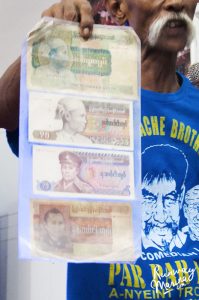 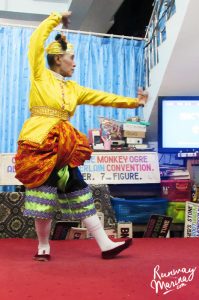 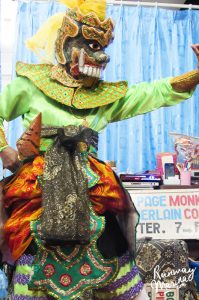 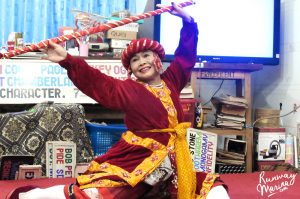 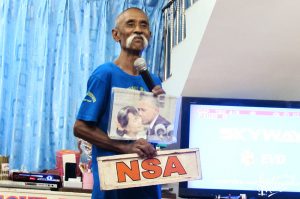 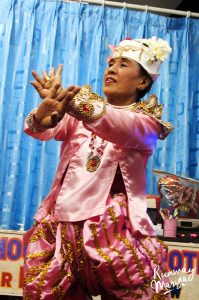 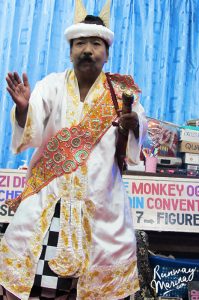 When and where can we watch it?

The show itself holds at Par Par Lay house in Mandalay.  The exact address is on the 39th St, 80/81 Mandalay, Burma. The show always on every day from 8.30 pm. You can go there right away and buy the ticket there. 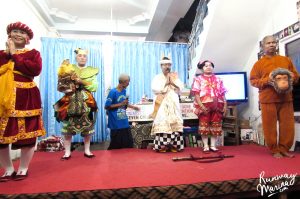 The whole crew of The Moustache Brothers

How much the price ticket?

Last time I went there it was K10,000 which is around 7-8$ per person. Expect to bring more money as they sell plenty of souvenirs for you to buy at the end of the show. I got myself a nice t-shirt from them to commemorate the experience! 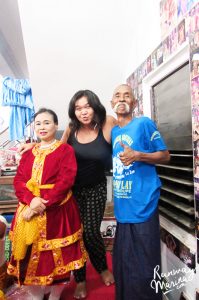 Overall it was a nice experience for us to spend the first night in Mandalay. We got to know a good side and amazing culture of the Burmese people. One of the show that I truly recommend when you get the chance to visit Mandalay!

Superwoman of May 2017: Lani Eleonora

Wow, now this really does look like a unique cultural experience. Certainly, kudos to these gentlemen for their bravery counteracting the Myanmar military regime at a time when it was so dangerous, really speaks to the power of comedy. Don’t get me wrong, I think the nuance of the regional politics there would probably go over my head but would love to see something like this!

Yeah it was unique and such an honour to met these gentleman! Cheers!

It’s neat to see his daughter and granddaughter taking part in the family tradition of this performance.

Beautiful costumes, and good for the performers for their bravery in confronting the Myanmar regime through humor!

Now that is different! Sounds like you had a great time!
Thanks for sharing

Great to see family do the traditonal show. The puppet i agree looks very Indonesian as well

The show is interesting in that it tells you some of the story of the group. On the other hand, there’s no sequence, the jokes are old and the dance is not amazing. If what you’re looking for is a cultural show, maybe go elsewhere. I’m happy to have supported them by attending because of what they were during the coup but would have liked to see some effort put into the show, maybe new jokes.

They put up new jokes by takkibg about the current politics now. Not only about the Burmese but also the Western country

Oh this looks like so much fun! I really like your pictures they portray well the beautiful colours and poses during the show

It was beautiful show indeed!

It saddens me to realize, over and over again, how in some Countries you can end up in prison just for speaking your mind. I didn’t know them, thanks for raising awareness!

You are welcome! Thanks for reading!

Wow this is super awesome! Fantastic photos too!!

This is so awesome! It looks so much fun but at the same time, I feel sad for the people that are not really free to express their mind.

It is always best to experience other culture in the most genuine way. I haven’t been to Myanmar yet, but it is penned on my bucket list. I’ll surely bear this in mind for a future reference If i get the chance to visit Myanmar. Thank you so much for sharing this with us. I’m sure that you really had a great time and ambling around must be tiring, but truly worth it.

Yes I did! And you really should go watch this show when you come to Mandalay! Thanks for reading.

I have never been to Myanmar and Mandalay looks like a great place to go, when there. I love experience other cultures and being with the locals. The Moustache Brothers show looks like a lot of fun too.

It was! Thanks for reading

Nice review and thanks for sharing. After reading your review I’d like to check it out myself 🙂

I have never been to Myanmar. The Moustache Brothers show seems like a nice light heartened show to enjoy. Thanks for sharing.

I think it’s cruel that they went to prison just by speaking their mind. They are also inspiring because despite of it, they still continued their passion after they went out from prison. Thanks for sharing!