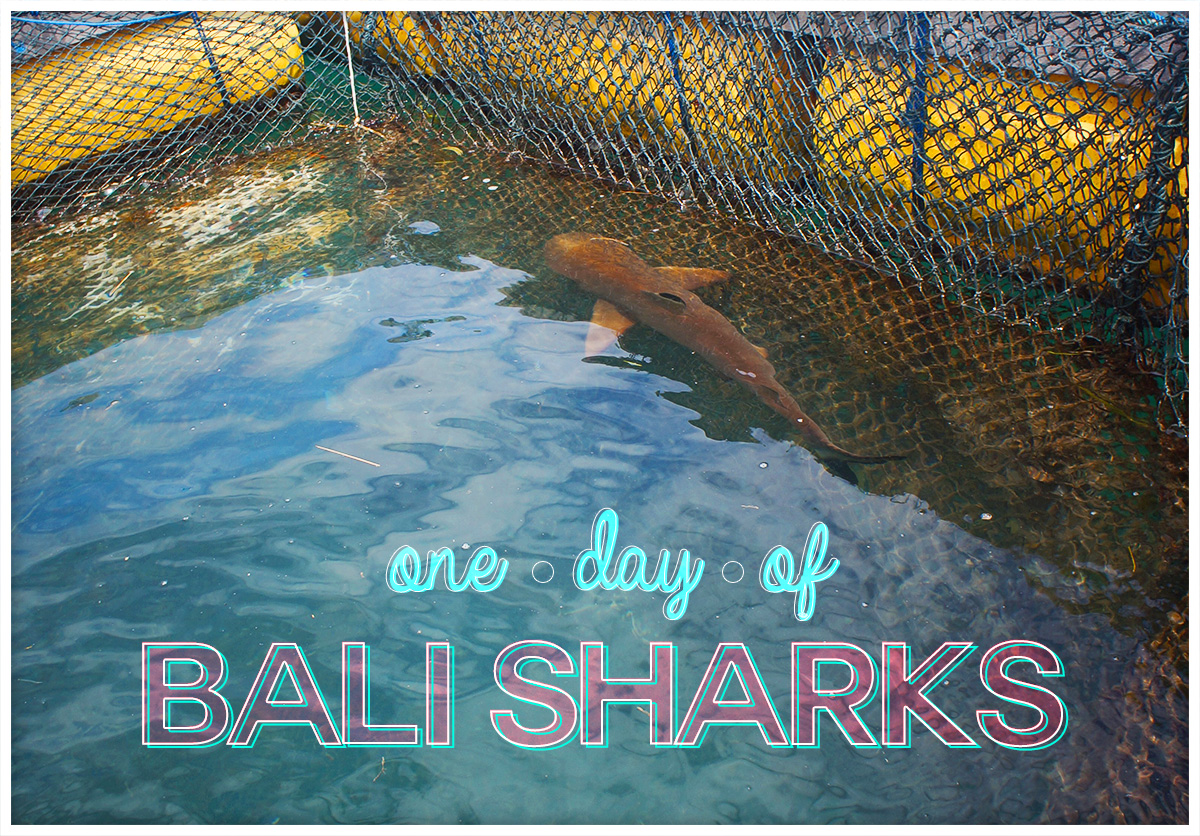 Couple of months ago I got an email from Nana of the Bali Sharks if I wanted to come by and write about them. Truth to be told, I didn’t even know about the organisation at first, but I always wanted to be more involved about the sea life. So when I got the chance to visited Bali, I finally made some time to spent one day on Bali Sharks.

Check out and watch the video summary here:

Our journey started with me and my travel buddy, Ali almost getting lost in Serangan Island. I never really knew this area but I remember that I used to accompanied a friend one year ago in Serangan to check out the place for surfing. The place was not developed that much, and famous for surfing sot. It was a very quite neighborhood but has a stunning view on the way! So of course, we did not mind at all getting lost here 🙂 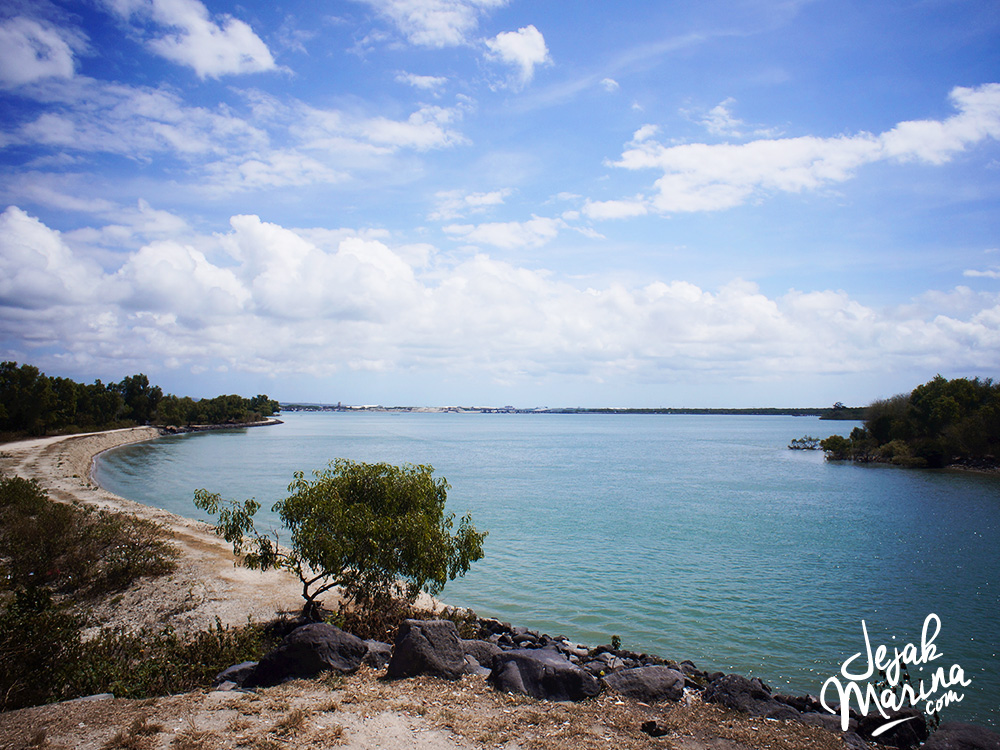 Bali Sharks is an independent organisation founded by Paul Friese to help nurturing the sharks and release them when they are big enough to be independent on the sea. The office itself is located in Serangan Island, Bali. It wasn’t hard to find the office as the people on the area already know where it is, so it was easier for us to ask when we got lost. 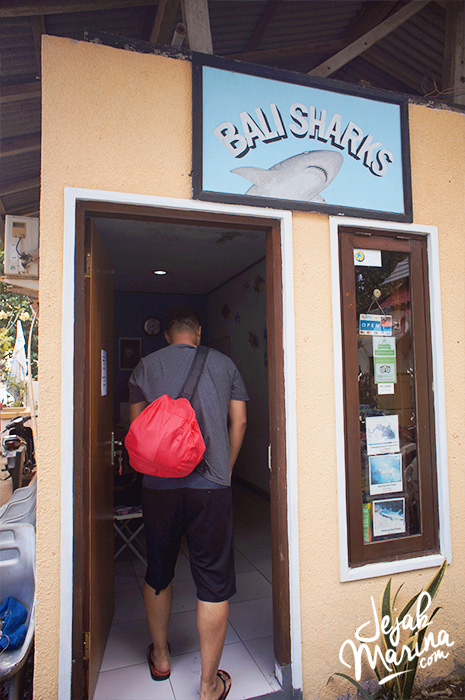 Paul finally came with his friend Emerald, so after we got our introduction we took a boat together from the harbour and stopped in the middle of the sea. They made a sanctuary for the sharks and called the place “Sharks Island”. Pretty catchy name yeah? 🙂 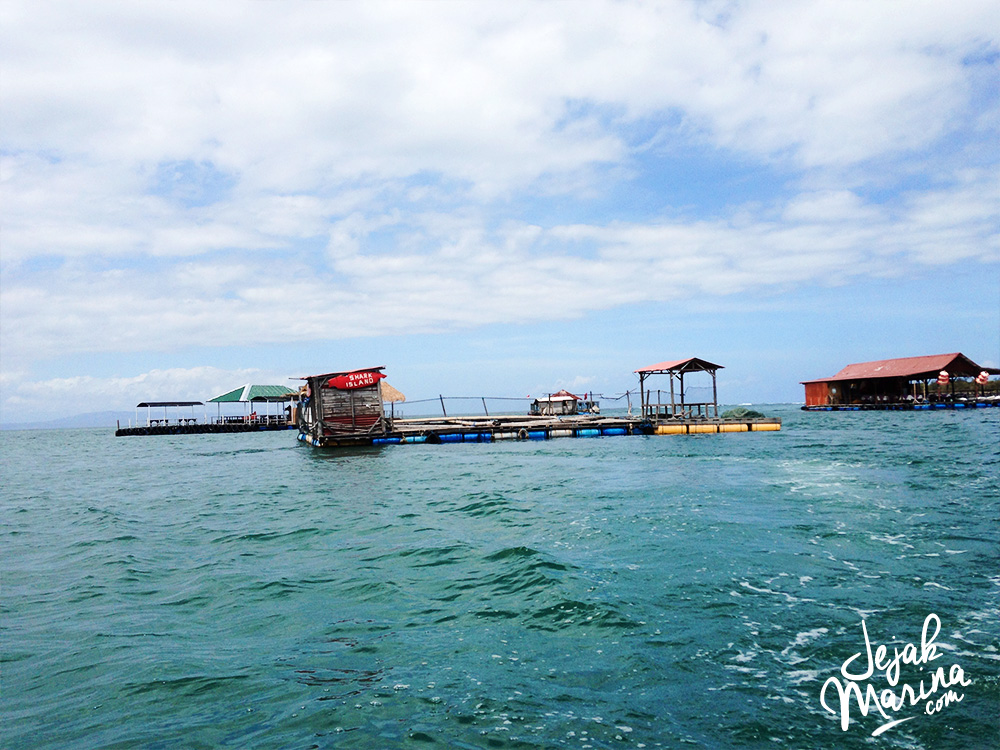 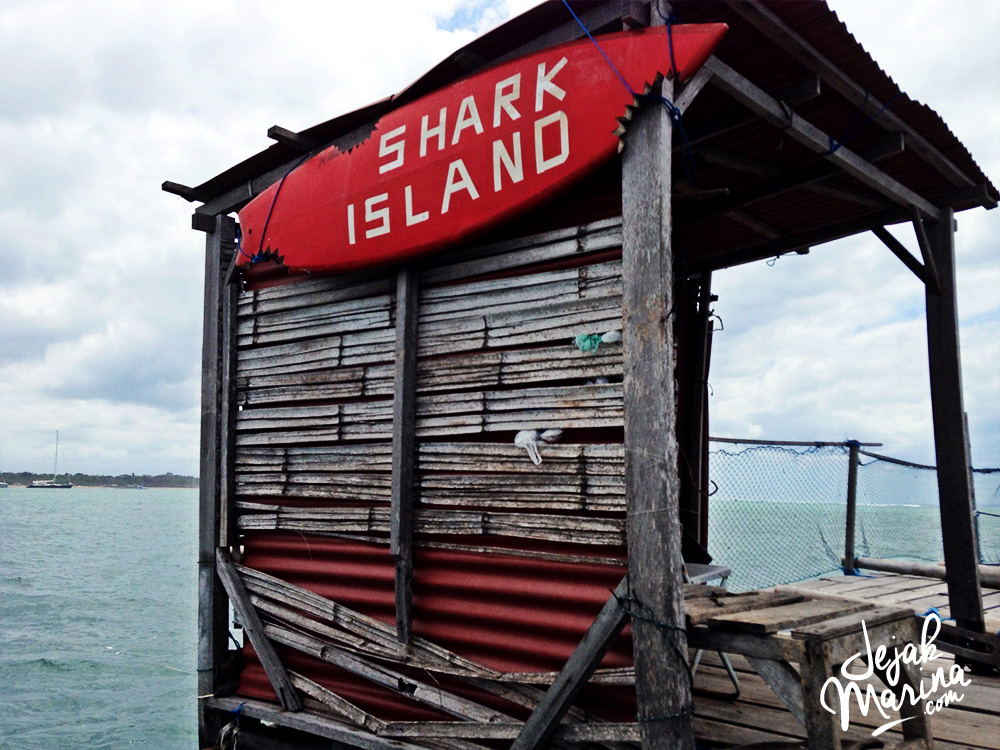 The Sharks Island is built with the net, woods and placed in the middle of the sea. The owner said it’s the best way to nurse the sharks. The pool currently divided by two, the white tip sharks and the black tip one. As the black tip is the aggressive ones, they tend to move fast and get the food quickly than the white one, so they had to separate them.

Oh boy, I was so happy to see so many sharks on the conservations! I had the first experience with sharks in Karimun Jawa before, but the sharks in this island are so much better and in good condition. 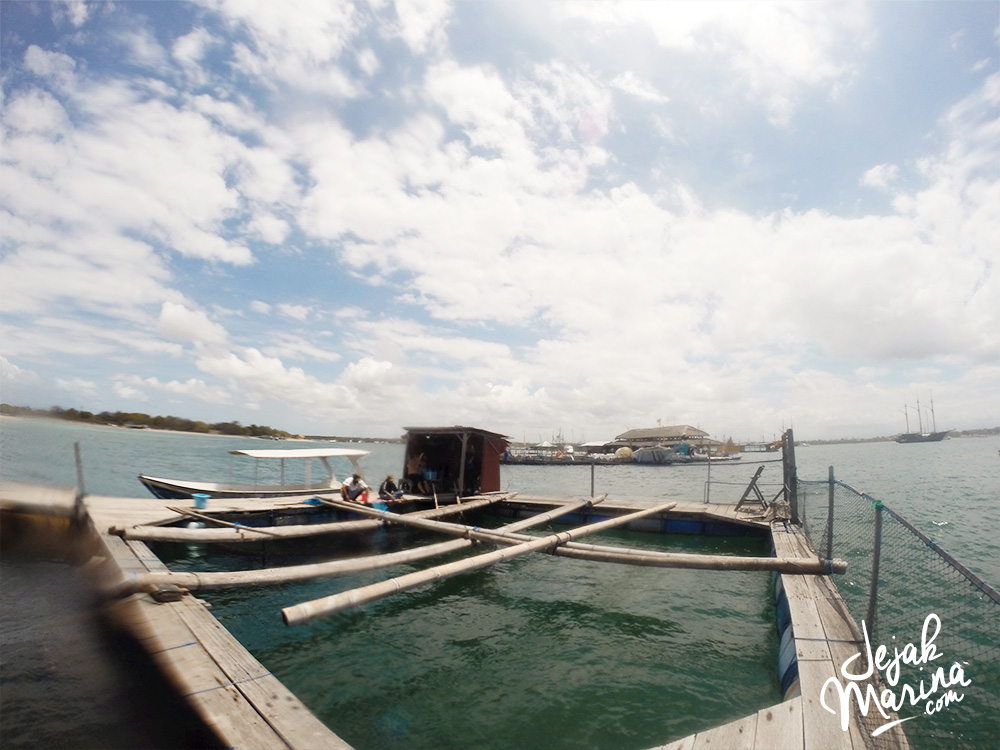 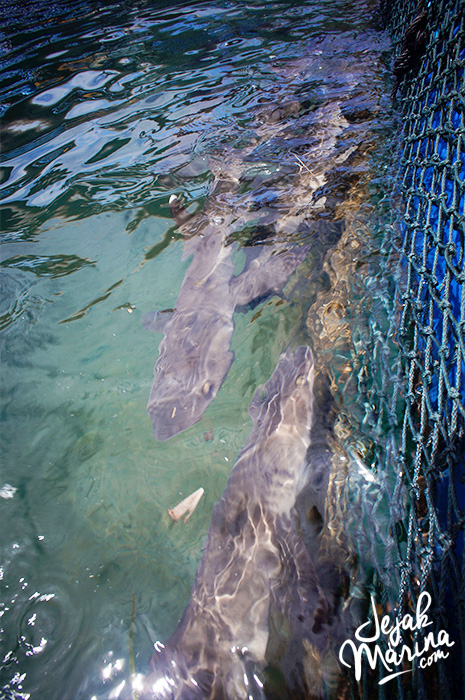 We started off the day by feeding them and even tried to touch them from the surface. It was such an experience! 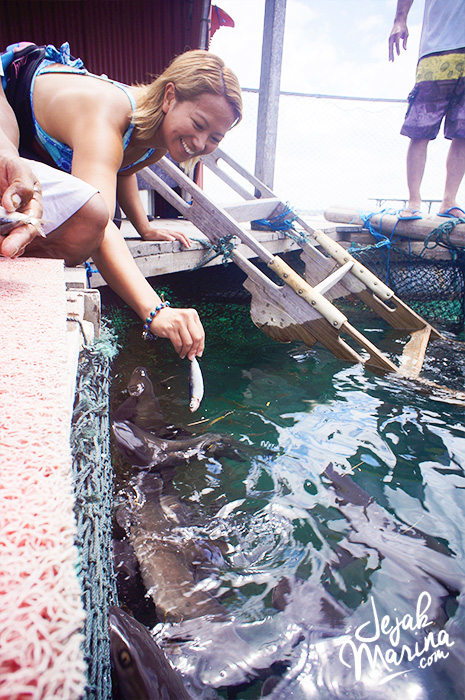 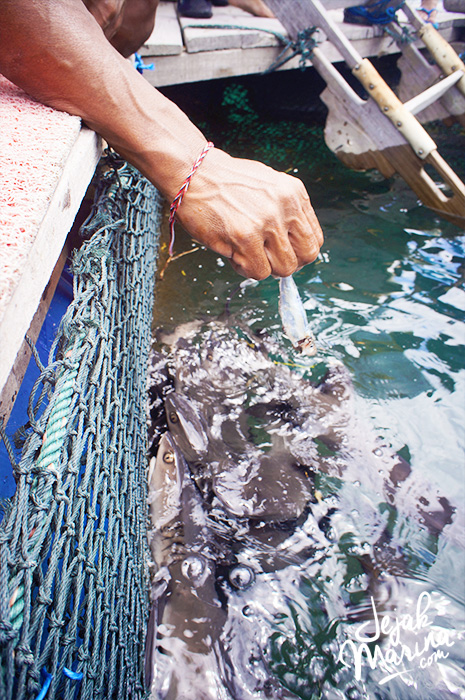 Ali who was in doubt before to swim with sharks finally got the courage and convinced to snorkelling on the pool with them. Me, Ali and Emerald were so excited to get into the water. Another tip from Paul is that as long as we were staying quite in the water, they will keep coming and surround us. Gosh, it was such a great time! 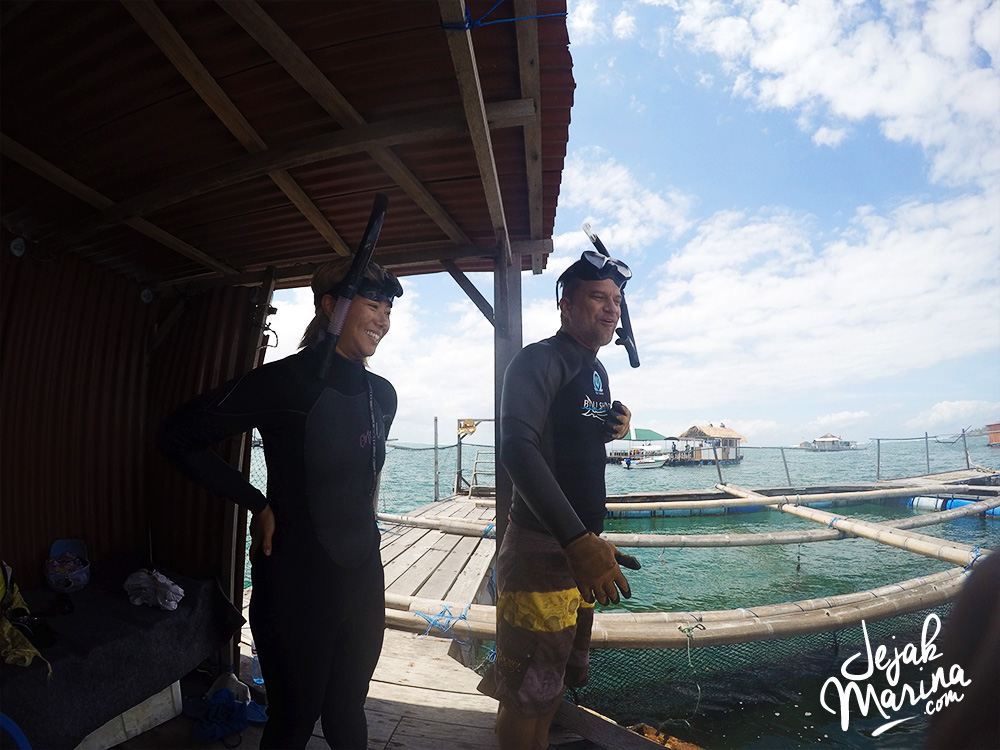 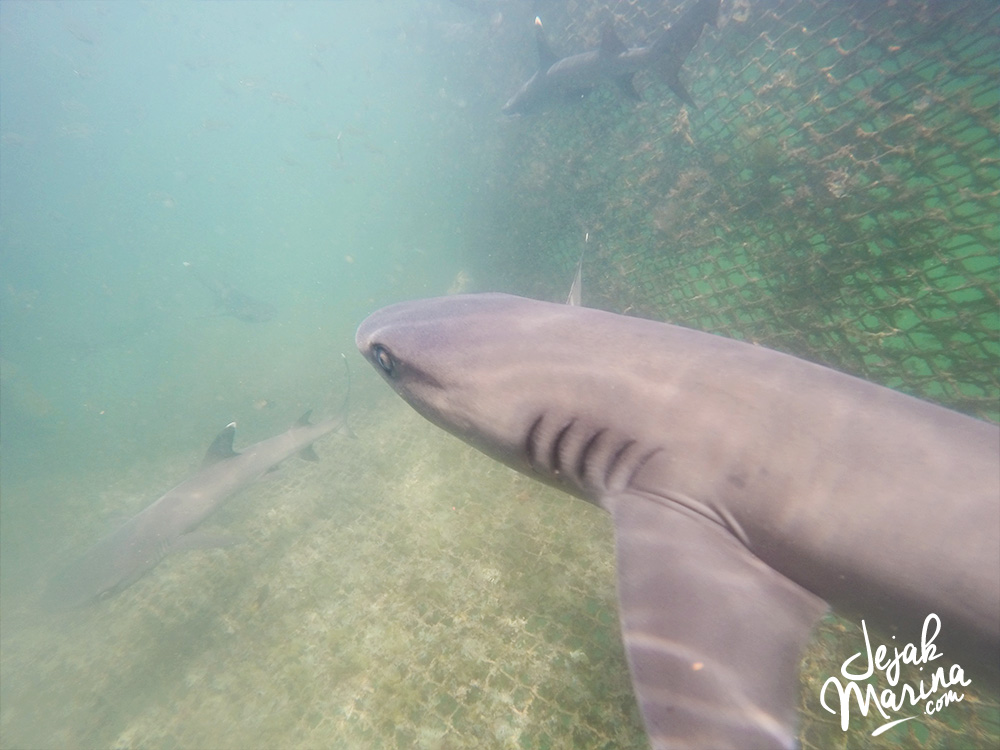 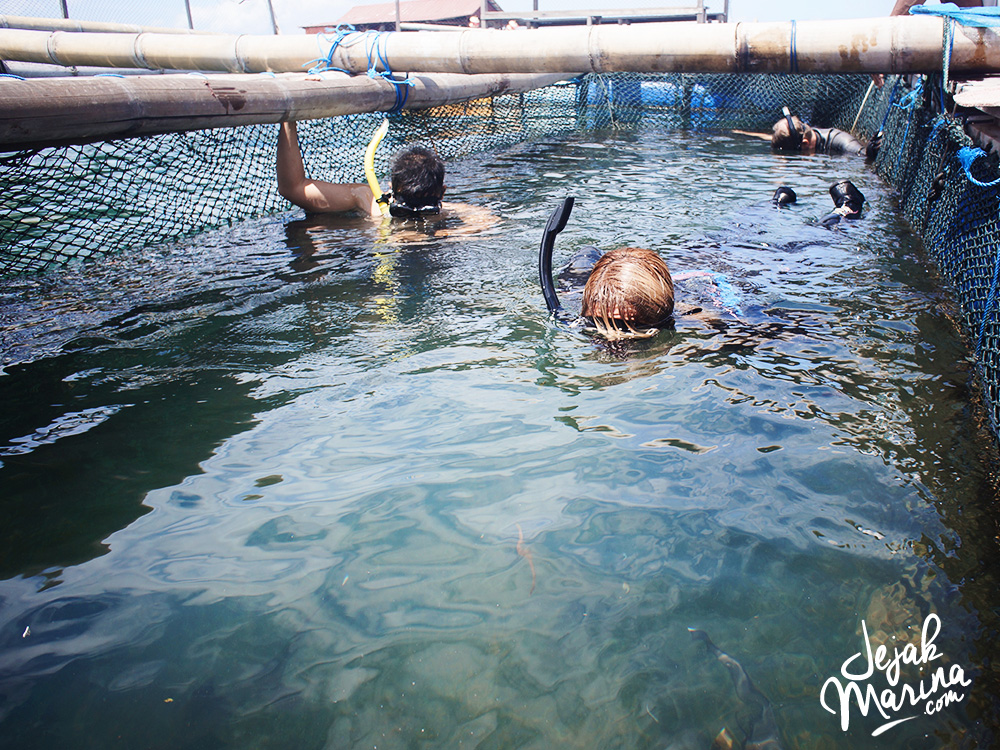 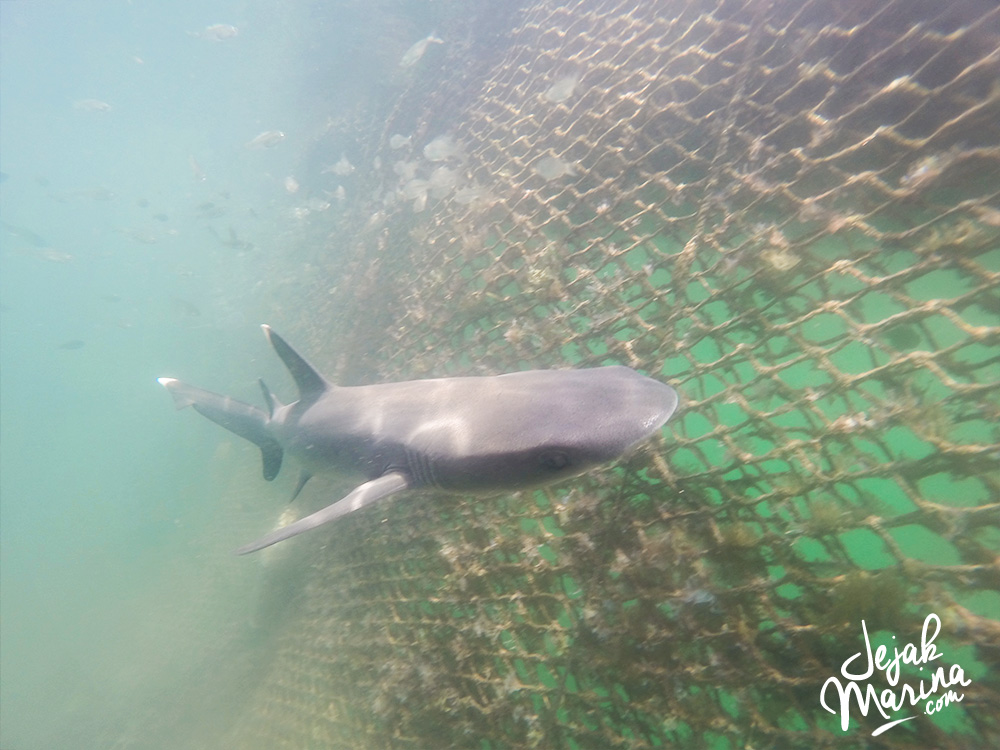 As a diver and a sea lover, I totally understand the meaning of sharks being in sea ecosystem. Sharks as the top predator of the food chain help to balance the ecosystem. Not only just the other fishes but also the corals. So who wouldn’t love to see more beautiful corals and amazing sea creatures underwater when you go snorkelling? 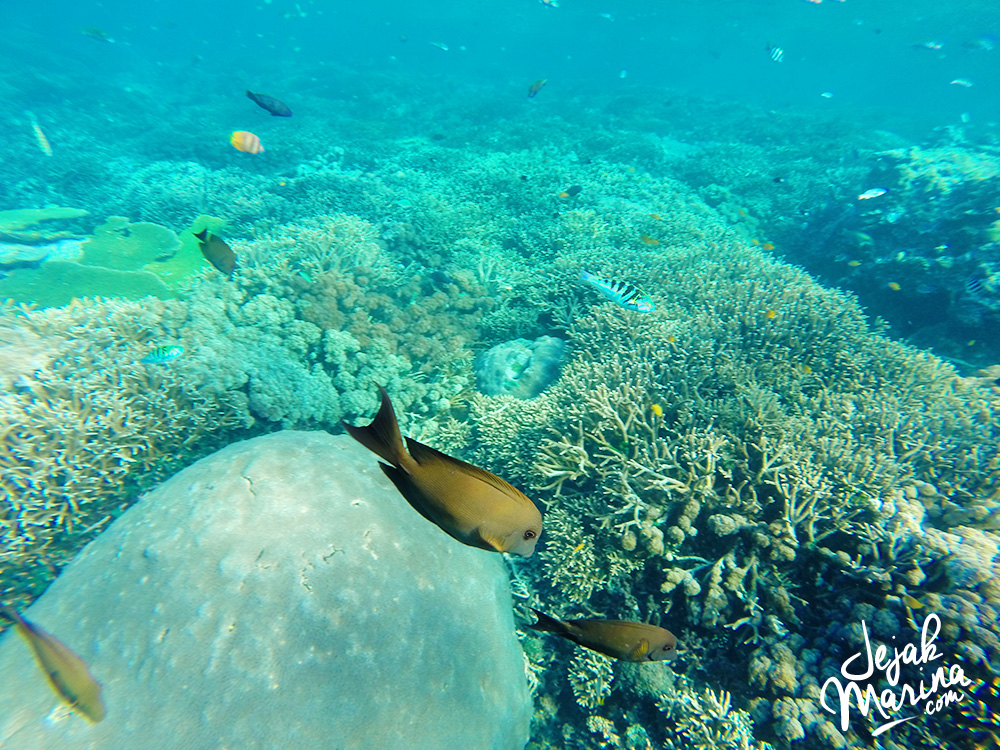 That is what also happened with Paul, as a surfer and diver he also felt the same way and realise that the only way to protect the sea is by saving the sharks. Indonesia currently is the country who catches sharks more than other countries, especially in Bali, and that what brings Paul come and settle down here. Paul has become more independent about the programme and decided to take more influencing people and media to visit them, instead of coming to big companies. 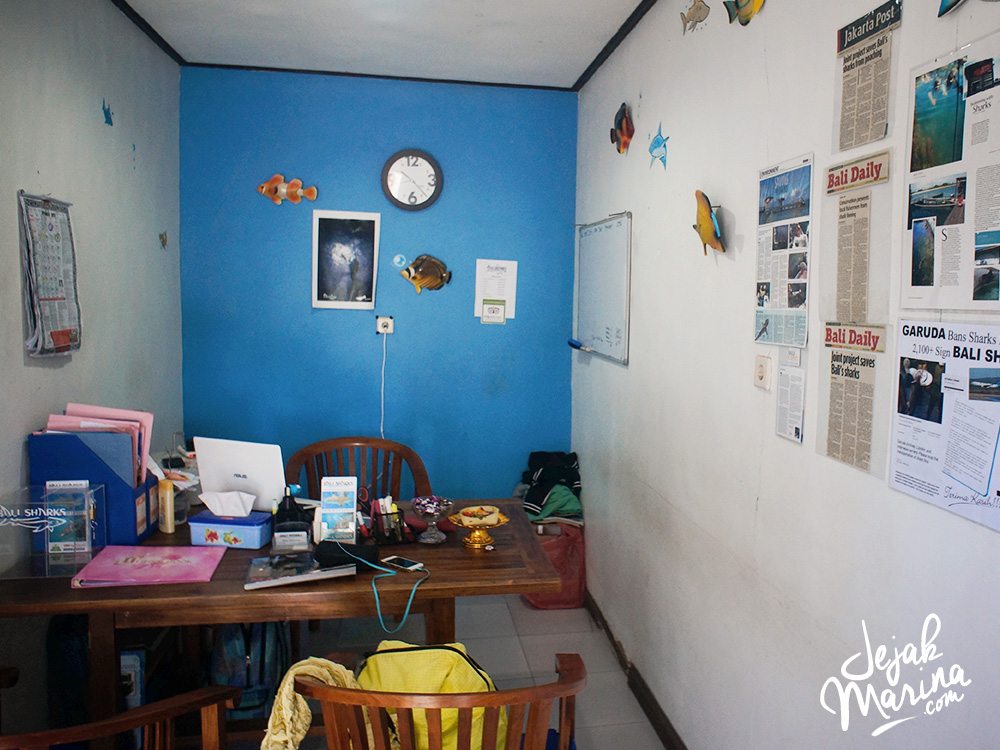 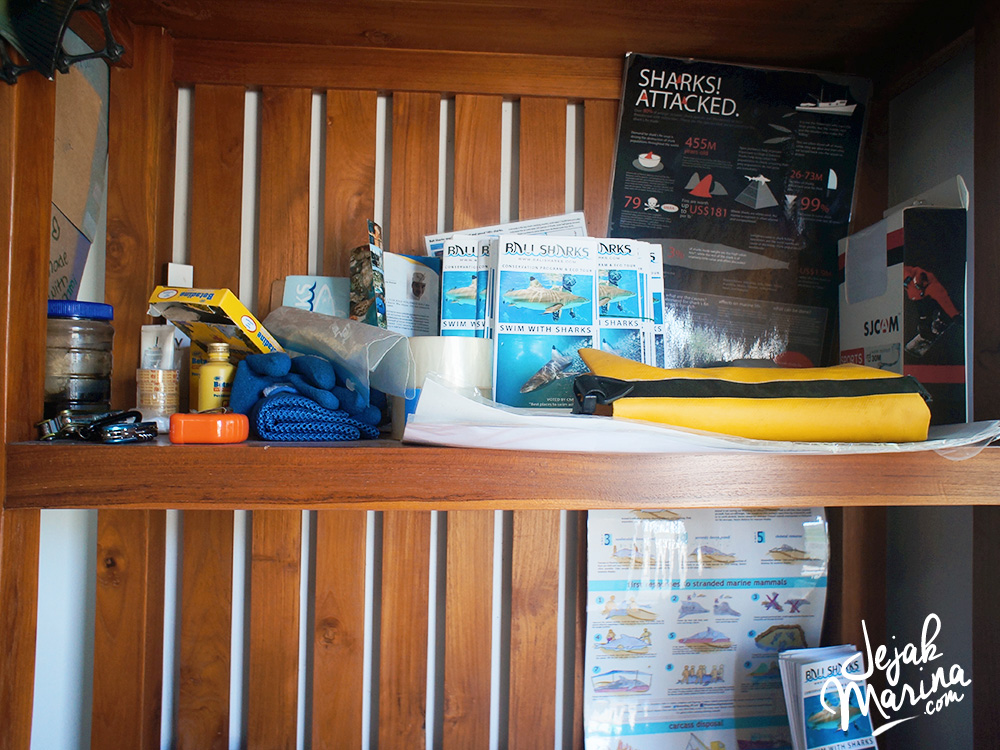 Paul also gave us a look an embryo of shark’s egg. Another info that we should know, oh yes some sharks do have eggs. 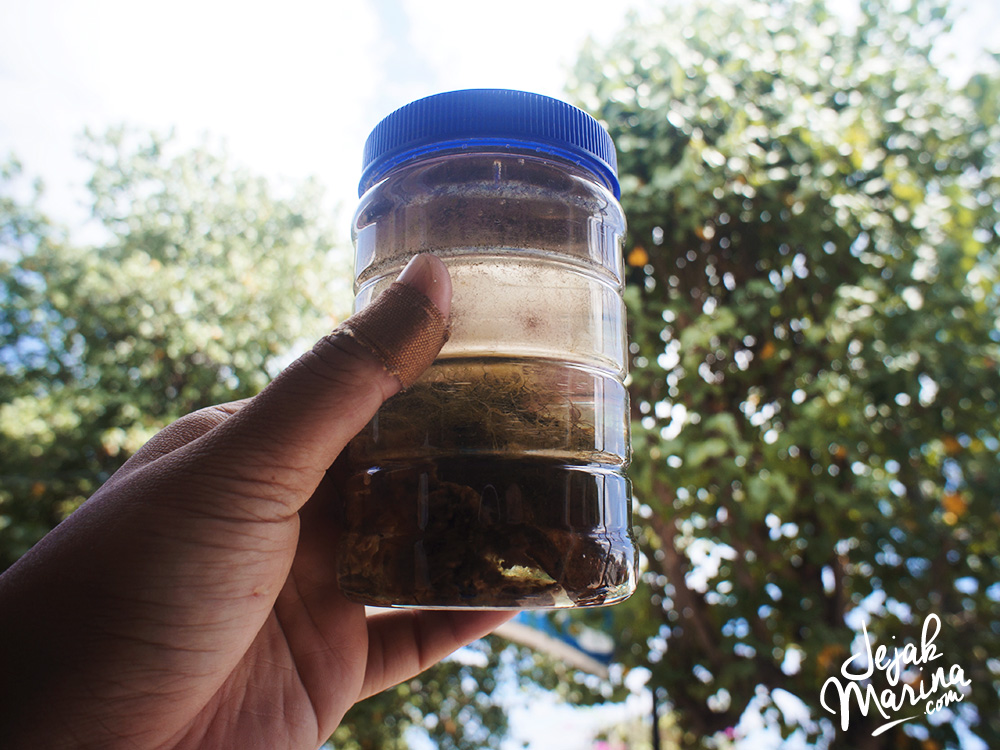 What Bali Sharks has done on the area apparently has also provoked many places around to do the same, and by all means, they probably do it for many different reasons. But I surely believe that what Bali Sharks and Paul has done to Indonesia’s ocean are purely for the love of the sea.

So make sure to visit Bali Sharks whenever you have a chance to visit Bali. You can do more things that will help the sea by just visiting this place. These guys at the office will surely help out and share their knowledge with you!

Trust me. It will be the once in a lifetime experience you couldn’t forget! 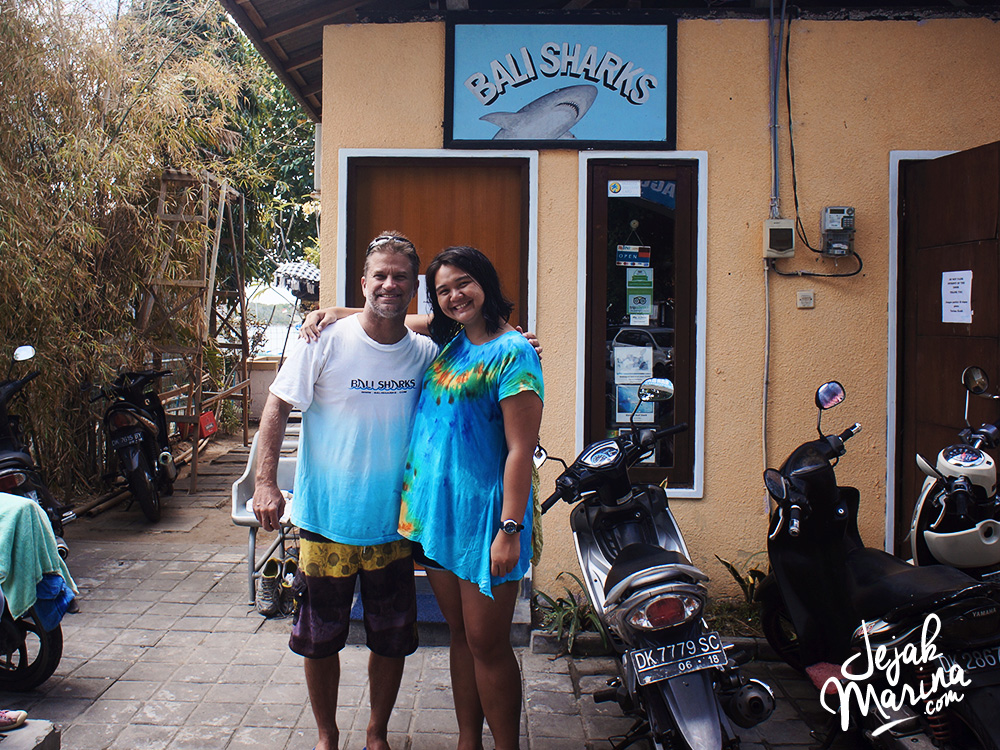 don’t you affraid being bite by the shark?

Afraid at first. But hey it wasnt that scary was it? They turn out to be cool creatures and friendly!

[…] Harapan Island, we checked out the Sea Marines National Garden where they protect sea turtles and sharks conservation like the one in Bali. I noticed that there were so many sea creatures conservation on every island. Some of them were […]

[…] Harapan Island, we checked out the Sea Marines National Garden where they protect sea turtles and sharks conservation like the one in Bali. I noticed that there were so many sea creatures conservation on every island. Some of them were […]

[…] yes, lots of imagination slashed here and there through my mind. What if there were sharks? What if I dove and couldn’t reach up again? What if something pulled my leg? What if.. what […]

[…] thoughts were flashing through my mind, and the real bad one, like if the sharks suddenly came out (which turned out sharks are human-friendly) or something pulls me down under. Damn! I wish I knew some snorkelling guide to help myself back […]